Co-Founder and VP of Operations 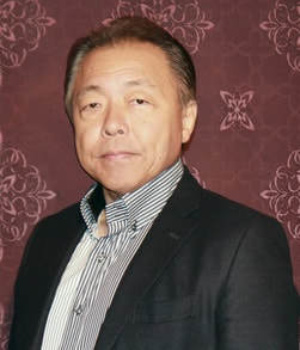 Satoshi (Sam) Matsuno is Co-Founder and VP of Operations at DSCC. He has spent over 30 years in the display industry at Panasonic, Compaq, DisplaySearch, NPD DisplaySearch and IHS working with CRT, plasma, TFT LCD and projection display technology.

After graduating with a degree in engineering from Hiroshima University, Sam joined Panasonic as a quality engineer and worked at Panasonic in Japan and the US over a nine-year period. He then spent nearly a decade at Compaq as a strategic procurement manager where he was their first Japanese employee and provided critical insights on the LCD industry. Sam was a leader in understanding and predicting trends in the display industry, developing and publishing the industry's first LCD monitor price/penetration curve and coining numerous industry terms such as "mega-note" to describe larger notebooks.

​Sam then joined DisplaySearch in 1998 as the first non-family employee and SVP where he co-developed numerous reports, started the Japanese office and developed its lucrative Japanese event business. Importantly, Sam also started and managed the data operations for DisplaySearch which played a critical role in the growth of the company. After DisplaySearch was acquired by The NPD Group, Sam became President and Director of NPD Japan, running NPD DisplaySearch Japan and other NPD Japan businesses. He also served as an evangelist for 4K TV through interactions with executives at major Japanese TV brands. After DisplaySearch was sold to IHS Corp., Sam served as an advisor to the IHS Technology Group. ​Sam can be reached at 81-80-3715-9450 or matsuno@displaysupplychain.com.